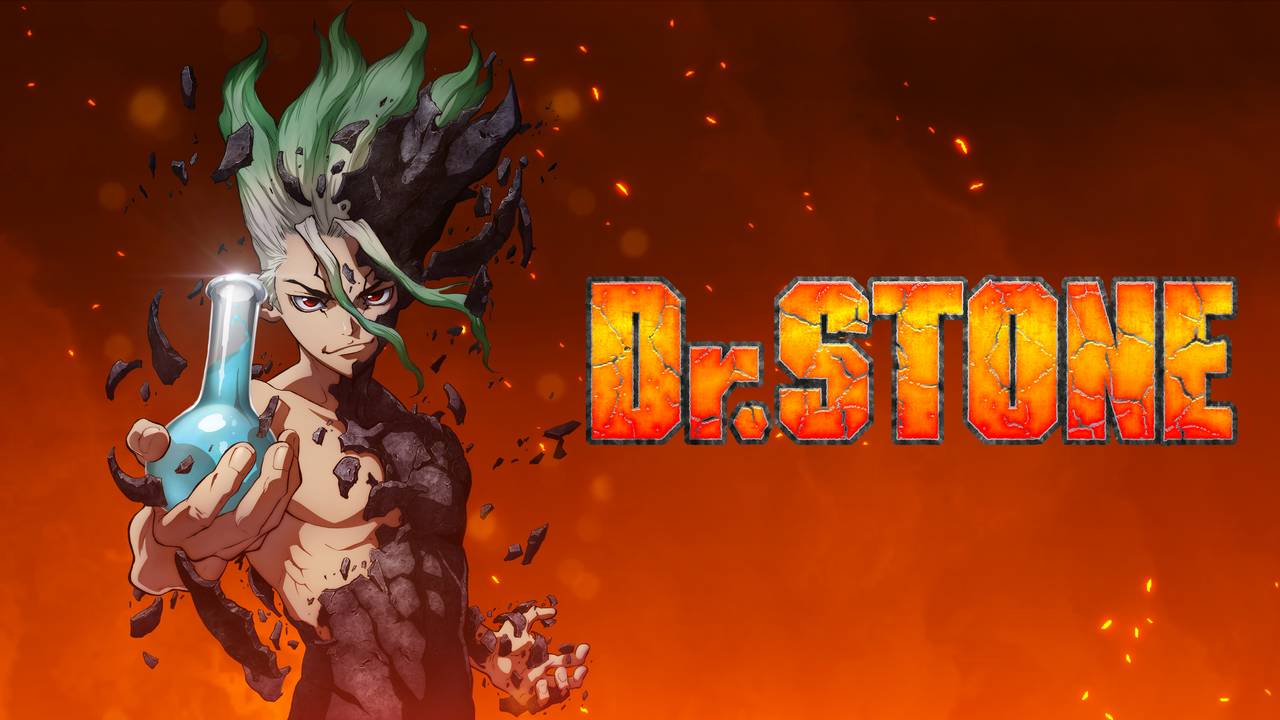 What if you wake up after 3700 years and suddenly find there is no trace of human civilization? You find everything is frozen in stone, and instead of vegetation and forest, you find only cities after a mysterious light hits the earth. Chilled? This sci-fi adventure speaks a lot about the Japanese anime “Dr Stone” which sounds fictional but hits you hard in real life. The anime shows the adventurous journey of bringing back human civilization.

Dr. Stone successfully figured out how to weave its components around the idea of science that has really helped the anime kick off something new yet interesting enough to keep fans hooked for long.

If you are planning to take some time out to watch one of the greatest anime “Dr Stone” then you surely want to know about its characters. Each and every character of this anime is best in their true nature accentuating the plot theme. Here, we are listing the main Dr Stone Characters that have made this anime binge-watching.

We have listed the 8 most popular Dr. Stone characters that have touched the hearts of audiences. 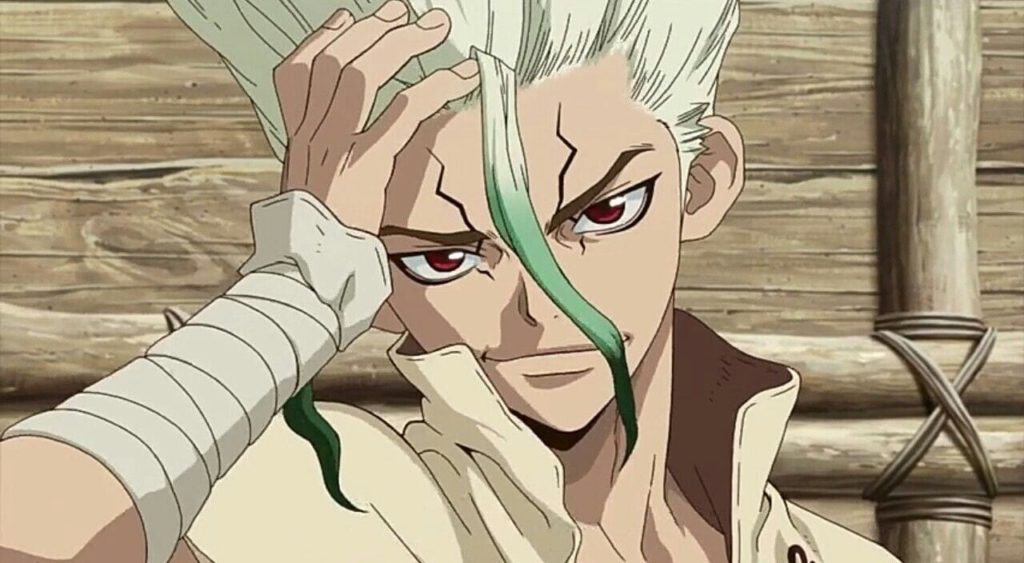 The main hero Senku Ishigami is a genius who excels in multiple science fields. When he wakes up in the “Stone World” he embarks on a journey to bring back the lost technology and de-petrify humans.

Though somewhat self-centered and arrogant, he’s kind-hearted also as he believes science is the only way to bring back humans and has a strong faith in his friends. His dialogue “Ten Billion Percent” has touched millions of hearts giving strength to his character.

Taiju Oki definitely seems like a fascinating character getting more screen time as the sci-fi series grows. He has amazing strength and limitless stamina but is nonviolent who has never thrown a punch or kick in his life. He loves Yuzuriha and is ready to go to any extent to save her. After Senku Ishigami disguises his death to keep Tsukasa away from searching them, Yuzuriha and Taiju creep into the Tsukasa Empire to monitor Tsukasa before they join Senku Ishigami in its Village. Taiju starts leading the farming division with Magma and Yo. 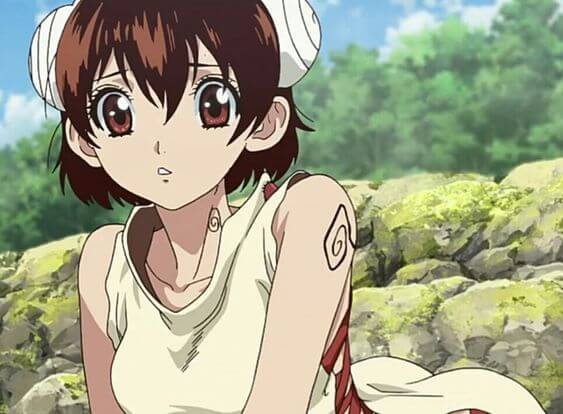 Yuzuriha is Taiju’s love interest who is a kind, cute, and cheerful girl. She was the first person to be de-petrified by the unique formula created by Taiju and Senku. She is skilled in handicraft as well as cloth work and wants to become a designer. Ogawa helps Senku in his inventions using her crafting skills. During the vs Tsukasa arc, Ogawa is captivated by Tsukasa. As part of the plan, Taiju gets linked with the Tsukasa Empire. In the course of the “Age of Exploration” arc, Yuzuriha becomes a member of the team “Craftsmanship and Development” and runs a clothing store.

Gen is from the “old world” who is always barefoot and wears an overcoat. Tsukasa revived him as he believes Gen can think like Senku and verify his death. But Gen defects to the Kingdom of Science once he witnesses Senku’s accomplishments.

Gen’s common sense wakes him up when he realizes the science powers in the present world. The joy on his face when he drinks Cola for the very first time in the Stone World shows how his loyalty turns to the science side. The Hyoga Dr Stone character is also something not to miss to understand Dr Stone arcs. 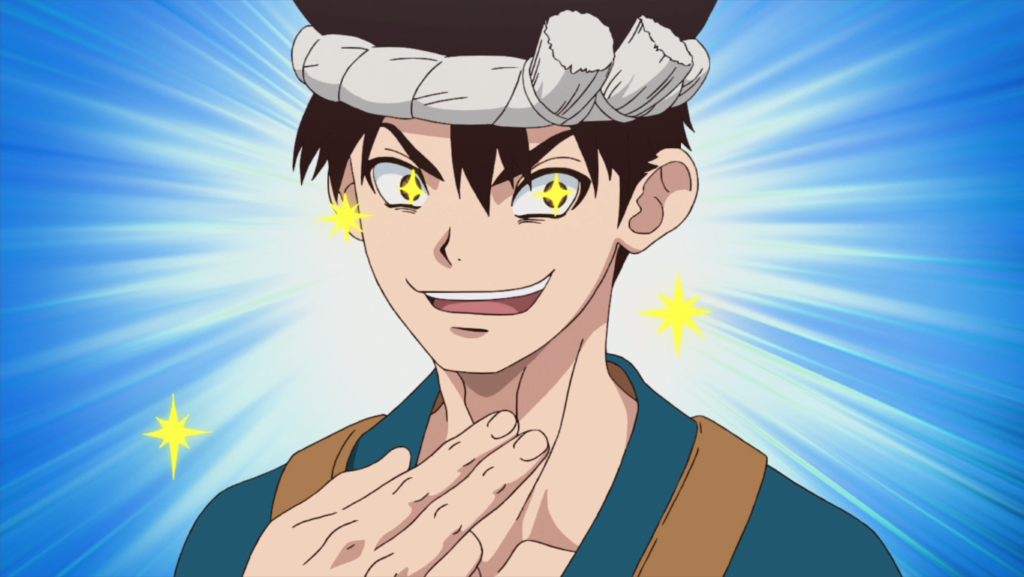 Chrom is Senku’s friend and a youth scientist of Ishigami village. He is the Senku’s right hand.

Gifted in crafting and chemical science, Chrome comes to know about the scientific miracles of the ancient world and decides to become Senku’s partner to help him discover humanity’s legacy. The way he grasps the basics of science is proof of how intelligent this Chrome Dr Stone is.

She is a successor of modern humans and the younger sister of Ruri. She is the warrior in Dr Stone. With an average height, she has a curvy appearance, a soft face, blonde hair always tied up as a pony, and blue eyes. Kohaku is the first villager Senku sees when he awakes in the “Stone World”. She becomes his staunchest ally.  She cares a lot for her sick old sister and is willing to sacrifice by making a bid for marriage to protect her. These are indications that she is an excellent character who will surely form a lasting bond with the main characters of the series. 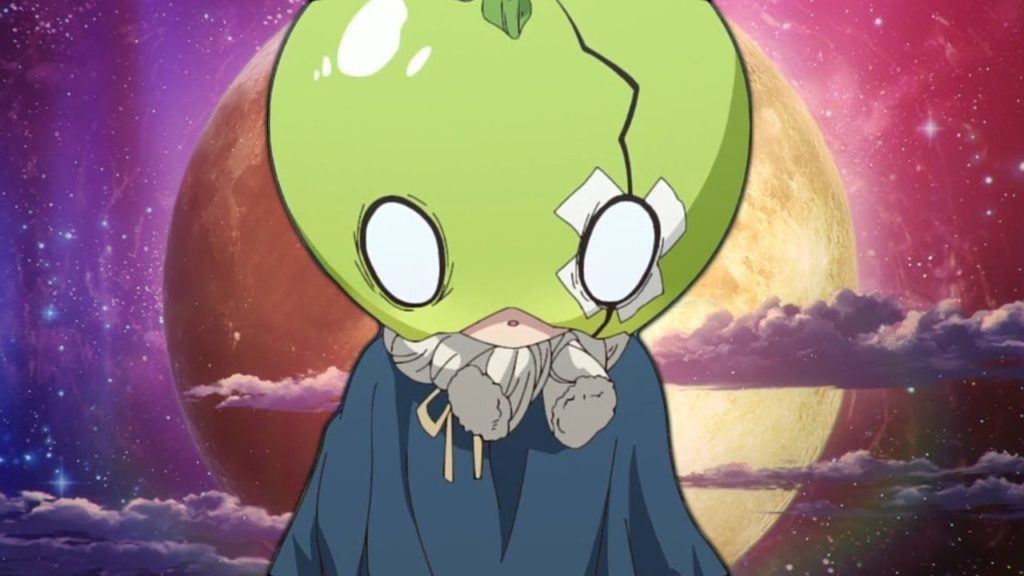 Suika is a young cute girl from Ishigami Village initially coming off as reserved and a shy character. On her head, she always wears a melon helmet to cover up her “eyesight problems”.

She ends up becoming an ally to Senku, as he did not judge her for her weirdness. Senku also replaced the melon on her head with customized lenses making her character more bright and refreshing. She helps Senku by becoming a scout on various missions. Dr Stone Suika’s adorable character is combined with a unique personality making her get more screen time in the series.

Tsukasa rose as an expert in mixed martial arts and further became “The Strongest” who is powerful enough to defeat a lion with a single punch.

He is usually barefoot and wears a red ghi wearing the make lions’ pelt he killed while looking for Senku and Taiju.

He resents adults as his expertise prevented him from collecting seashells for his sister before she just died. This scene shows adults as corrupt and corrupt. Therefore, he wants to create a society in the “Stone World” by reviving only youngsters. His thought process is something that some people would relate to… although his execution manner is contestable. The audience assumed Tsukasa Dr Stone death happened in the explosion but is that so?

Given how unique and groundbreaking these characters feel, it is obvious that Dr Stone is one of the best sci-fi fantasy anime. These top Dr Stone characters are something you should be familiar with and must root for. Tell us your favorite character once you watch this sizzling anime.